Despite all the rumbling and controversy over holding the Olympics in Beijing, China this year, they certainly did put on quite an amazing performance. There was a stark contrast between the bright, shiny optimism that was presented to the public throughout the games, and the undercurrent of China's not so-shiny human rights record. Just had to interject a little politics there.... 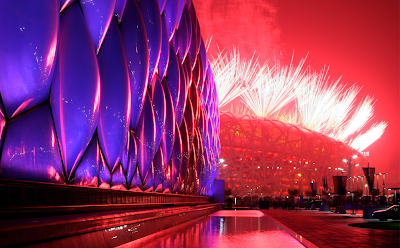 Now that the Olympics are almost over, I am anticipating the closing ceremonies. Will they be nearly as cool as the opening ones? Here's a little recap of what we saw. 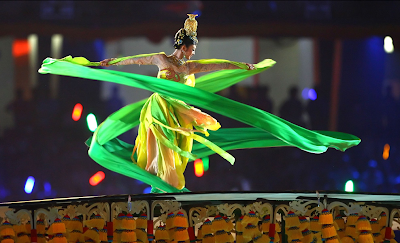 The bold use of traditional Chinese colors really drew viewers in. 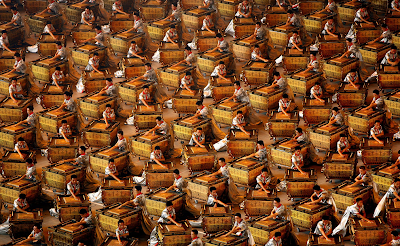 And the massive scale of performers was hard to grasp. 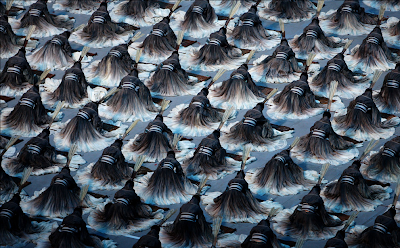 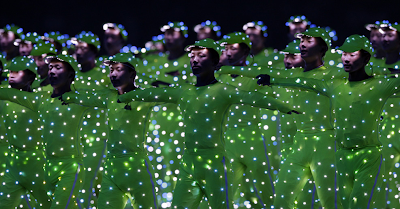 During this number, the tv announcer mentioned that these costumes were originally created in black, but that during a rehearsal near the end, the designer didn't like how things looked, and had every costume re-created in green. 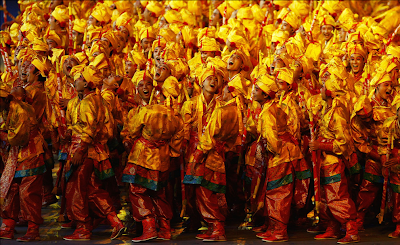 images source
I'd love to know how much "digital enhancement" was used, and how much of that bright saturated color was reality.

Evidently, the closing ceremonies are being shown in my area of the world tonight (Sunday), but here's a sneak peak for those who haven't or won't get a chance to see them. 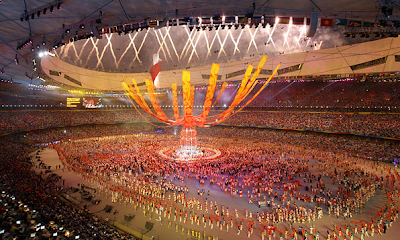 The media guide described the finale as "the grandest carnival of mankind."(source) 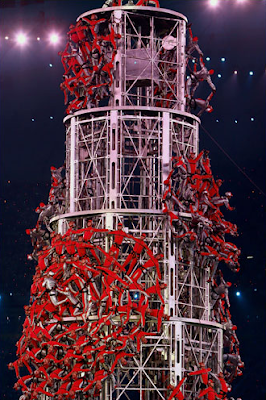 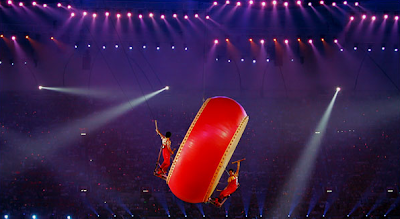 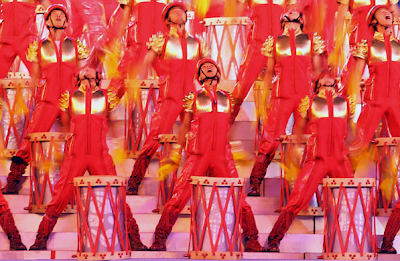 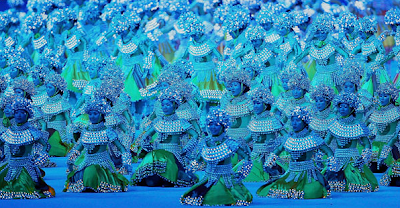 images source
For those of you who saw the opening or closing ceremonies, what did you think? Did the color grab your attention?
Newer Post Older Post Home