All about yellow podcast

Our latest Color Budz ColorPodz is up, and it's all about the color Yellow! We debunk some myths, talk about origins, marketing, and associations. 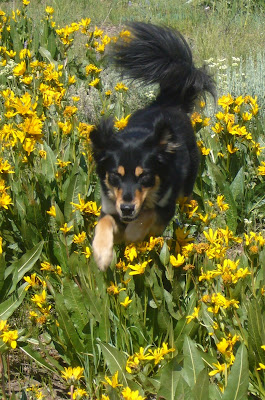 My dog Lucy frolicking in the yellow flowers. Ah such joy...

A few months ago, a magazine contacted me about possibly featuring my pet portrait paintings in their holiday gift guide. "Huh?" you might be asking, "I thought you did architectural color design?" I do. However, pet portraiture is how, years ago, I first became interested in the psychology of color. 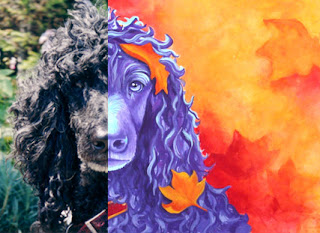 I utilized the personality traits of my subjects to determine the color palette for each piece, painted in gouache, an opaque watercolor medium. 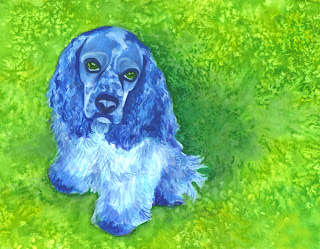 After learning that there were professionals out there who worked exclusively with color, I gobbled up any educational resources I could find, ultimately landing at the IACC accreditation program.  This new discovery opened my eyes to the world of architectural color, and I began taking on residential and business clients. My path took a turn as I transitioned away from traditional painting towards architectural design. 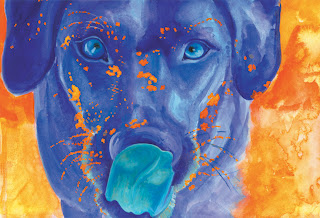 While I love what I do now, my hands still itch to grasp a paint brush every now and then. It seems whenever I get together with friends, we end up doing an art project, like the recent Otomi mural. There's a unique voice inside me that needs to be expressed through this visceral medium. So with the renewed interest, I thought, why not put the site back up?  I do miss painting pet portraits. I just didn't miss the marketing efforts necessary to spread the word. My favorite entrepreneurial hat is the creative work...I'm sure many of you can relate. (But that's a totally separate can of worms we won't open right now.) 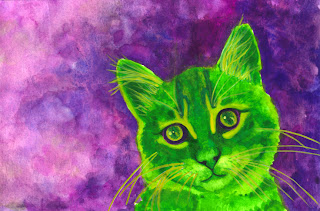 So, my pet portrait site is back up and running, should you want to take a peak, or pass the word along (which I would greatly appreciate!) With a slightly slower pace, now that I have an almost 7 month old baby (!!), I am ready to re-integrate more fine art into my days for 2011.

What are you bringing into your life for the new year?

Here's to a joyous holiday season everyone! 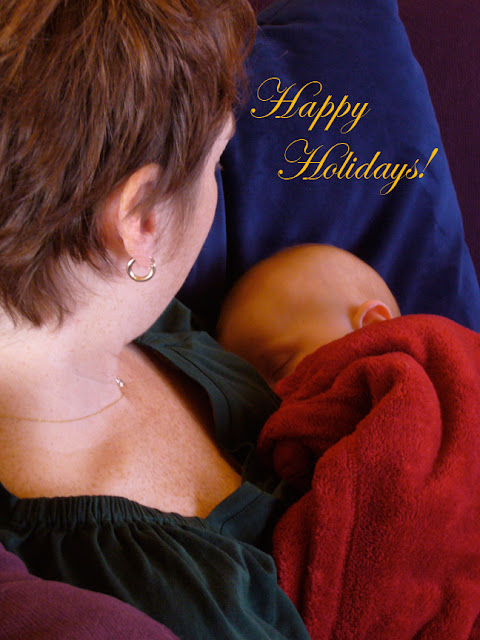 Did anyone ever really know what the heck that meant when airports broadcast the current threat level in the form of a color?


I always snickered to myself, mainly because no-one ever bothered to explain the coding!  Very hush hush, we were just supposed to be 'on alert' and wander around guarding against who knows what. Not to get too political here, but sounds to me like fear-mongering. I like this description on wikipedia:

"Some critics worry that the absence of clearly defined, objective criteria has allowed the baseline threat level to be established as elevated (yellow), thus precluding the system from ever dropping down to low (green) or general (blue). This limits the communicative value and options of the system to the three highest values. As persons become habituated to the threat level being perpetually elevated, they are increasingly likely to pay less attention to warnings issued." (source)

According to the Homeland Security website, "Color-coded Threat Level System is used to communicate with public safety officials and the public at-large through a threat-based, color-coded system so that protective measures can be implemented to reduce the likelihood or impact of an attack." 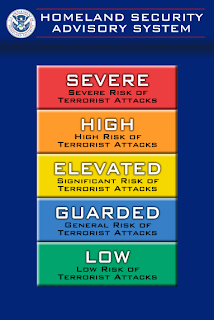 So it was with no surprise that I recently read in the NYT that the Department of Homeland Security is doing away with the ubiquitous color coding. 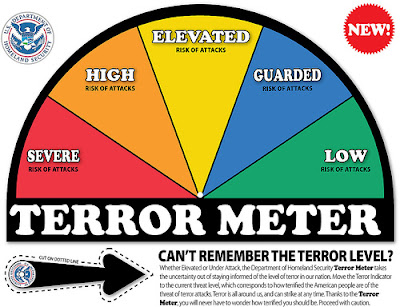 image source
How terrified should you be? Check the Terror Meter!

Our own IACC-NA president Amy Wax, says colors could be an effective part of a warning system if tied to specific action. “How are we going to take those instructions and apply it to our lives?” she said. “Are we going to go to the airport, or not go to the airport?” She said the agency’s use of “childish” primary colors like red, yellow and blue might have diluted the impact. “Purple, orange and magenta might create a sense of something that would get attention,” she said."(source)

A task force was assembled to discuss the new coding system. Calling for more transparency over threat information and “the complete absence of political interest in the decision process,” Secretary of the Department of Homeland Security Janet Napolitano's panel analyzed the options. No solid conclusions were determined, although the panel did discuss reducing the threat levels to traffic light red, yellow and green. (source)

I close with some light humor:

“They added a plaid in case we were ever attacked by Scotland.” -Jay Leno
(source)

'Tis the season of mass consumerism, so let's gather some good ideas to inject a personal touch into your gift giving.

The Working Proof is a great alternative; they seek to promote art and social responsibility. Every week, a different print is released (Tuesdays at 1:30p EST) Each print is paired with a charity of the artist's choice, to which they donate 15% of the sale of each print - creating what they believe to be a product with not just aesthetic, but social value. Besides showcasing emerging artists and great artwork, the intent of the Working Proof is to promote a variety of charities and to expose them to new supporters through the appreciation of art and creativity. 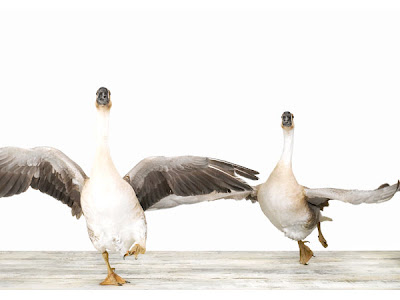 I love the print, Flying Geese, by Sharon Montrose, showcased this week. For each print sold that supports The Pablove Foundation, The Working Proof will donate 20%, instead of the usual 15%.

They have some really beautiful pieces- check it out!