Shocking subway riders out of their daily zombie-commute, a new Sol LeWitt piece has recently been installed in New York City's subway system. For those close enough to go check it out in person, it's at the 59th Street-Columbus Circle subway station. 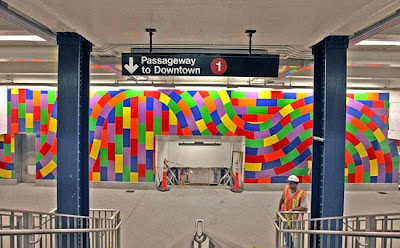 To match LeWitt's saturated hues, originally created in acrylics, studio assistants and transit authority officials hunted high and low for a tile maker who could replicate his colors. They eventually found someone in Madrid to take on the task. 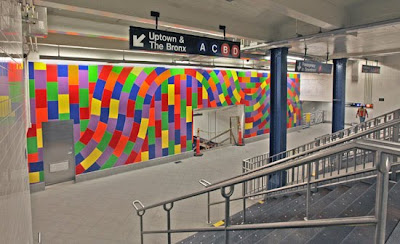 images source
“Whirls and Twirls” is made up of 250 porcelain tiles and covers a space 53 feet wide and 11 feet high. Moving in "whirls" and "twirls", like masses of people moving through the subway system, it has a lively energy about it that truly encapsulates a New York subway scene.
Sol LeWitt (1928-2007) has certainly left his mark for all to enjoy. 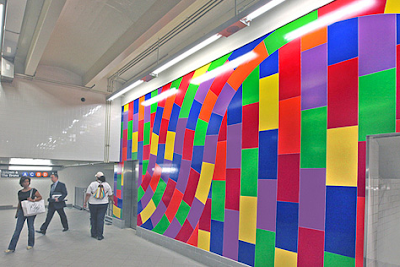