And now, for something completely different

You might be wondering what I've been doing lately, since blog posts have been sparse. Well, I've got some exciting business plans in the works, which I will announce super soon. Extra-curricular activities have ramped up as well. My running buddy and I have been training for a race that we just completed this past Sunday. For someone who is a self-declared loather of running, even I was surprised when I agreed to run a 10 mile race. 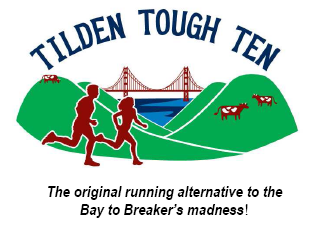 "The course is an “out and back”, beginning and ending at the parking lot at Inspiration Point and is run on both road and trail, with a “killer hill” on the trail portion at miles 4.5/5.5 which descends/climbs 125 feet in just a tenth of a mile. 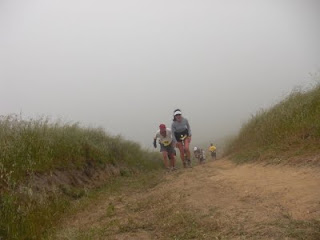 image source
...Combined with the unpredictable effects of erosion and free range cattle, it isn’t uncommon to see runners virtually crawling up and down this slope.

As it rained the night before and during the race, we had lots of muddy fun to contend with during the 2 mile off road portion.

"The weather offers its own brand of “tough” each year, with temperatures that can vary widely, 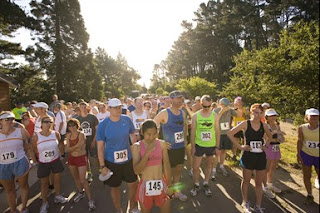 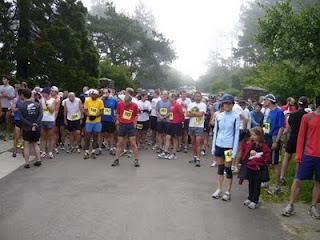 image source
to the can’t-see-your-feet-foggy 40s last year,
as well as occasional “perfect” days. What can’t be beat is the scenery, with San Francisco and the Bay on one side and the hills on the other. Runners are treated to the full array of wildflowers and the wildlife of Tilden Park. ... The Tilden cows provide a unique cheering squad. For those not concerned about finishing times, it is a 10-mile photo op." (source) 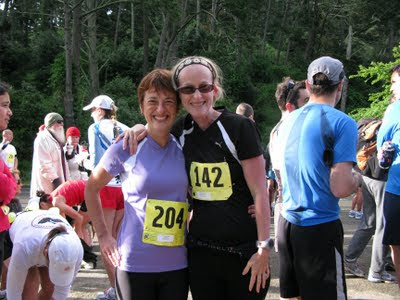 We're stoked to have done it. Now, a brief interlude while I collapse.
Newer Post Older Post Home