After reading Andrew Bolton ‘The Supermodern Wardrobe,' V&A Publications, 2002  I have come to examine the relationship between the ‘body and clothing’ and the ‘clothed body and the larger environment’ in issues surrounding identity, personal space and the environment for the future of urban metropolis.

Supermodern clothing I feel is represented in four elements of urban armour, urban camouflage, urban identity and urban nomad/wearable technology. I will explain and show how modern designers are producing garments defined by contemporary urban metropolis in clothing that is functional and equips the body with practical applications.
‘Urban armour’ of the Supermodern wardrobe is built upon warfare and battlefield metaphor in defending body against urban lifestyle in creating a space around the body which is secure and defensible around the individual. Some examples include the 1998 Metropolis jacket by CP Company which has an inbuilt smog protector and large hood which will protect against wayward stares and make wearer feel in-control. Vexed Generation was founded by Joe Hunter and Adam Thorpe in response to increased use of surveillance cameras and being unable to control when one is being viewed, their solution is clothing which wraps around the body eliminating sex as well as taking in realistic lifestyle application in making utility clothing to defend the wearer against the stare of the camera, therefore feeling secure. This psychological protection of concealing wearers face can also be seen by Takizawa’s detachable hood in which wearer has pleasure of looking intimidating as well as functioning like a mask in being able to see but not be seen, therefore feels more secure in urban surroundings. 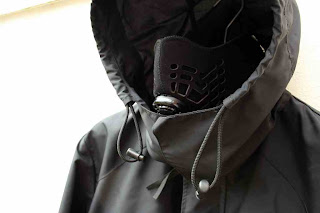 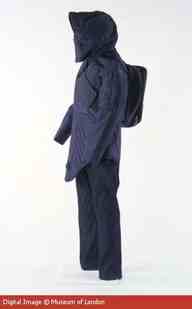 Vexed Generation
‘Urban Camouflage’ of the Supermodern wardrobe takes it influence from camouflage print of the forces but instead uses disruptive pattern camouflage of blacks and dark blues in becoming able to blend in with shadows of tall buildings and become less conspicuous in a crowd. Designer Walter Van Beirendonck takes this to couture styling with tailored suit while Blechman is more formal in its approach of camouflage creating reversible jacket in 1998, one side woodland colours the other urban metropolis colouring. 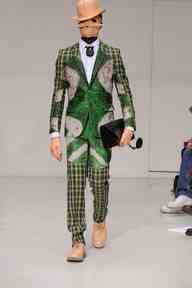 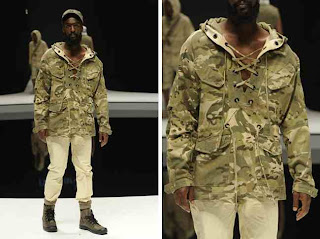 Blechman
﻿
‘Urban identity’ is defined by the Supermodern wardrobe in being able to control and feel secure in transitional spaces that we as a population have to work through for example material named carboguard has been developed which is a material comprised of carbon yarn woven with cotton and nylon which works by blocking out magnetic waves that we become subjected to in transitional urban spaces such as airport, railway etc. Designer Kosuke Tsumura uses this analogy of protection and upheaval needed in urban metropolis by creating garments that could function as housing in being able to equip the body in what it needs whilst still being mobile. Lucy Orta 1992 collection ‘Refuge Wear’ also takes upheaval into consideration by creating multi functional clothing that can transform according to individuals immediate needs, such as coat into a tent and sleeping bag into trousers and vice versa. Jennie Pineus head cocoons takes the issue of identity in urban environment one step further by being able to shut out your larger environment and still be mobile but in your own personal space, which offers protection to wearer in times of urban upheaval.
﻿ 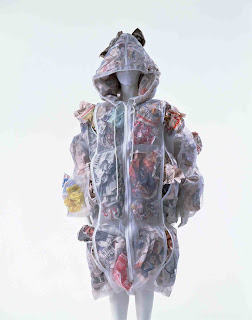 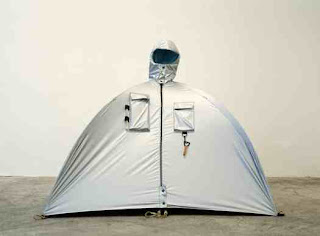 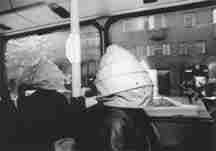 Jennie Puneus
﻿
‘Urban nomad/Wearable technology’ is related to the Supermodern wardrobe as shows the correlation between consuming new technologies alongside new fashions in functional clothing that enables the wearer a balance between self sufficiency and interconnectivity. The nomadic worker needs supermodern garments that can equip the wearer with all the conveniences of traditional office whilst manoeuvring urban metropolis efficiently. Communication scarf is part of French Telecom Starlab i-wear consortium which is a scarf but inbuilt with hands free phone, screen, keyboard and camera. As part of designer Yeohlee Teng Autumn/Winter 1999/2000 collection clothing was 100% air conditioned via fabric that had coated membrane, a high degree of suppleness, water repellence with a very high rate of water vapour transmission rate therefore ’it breathes’ this enabled the wearer to become fully multipurpose in moving through transisitional spaces and protects against any inclemency’s in the weather so wearer is always ready and protected. 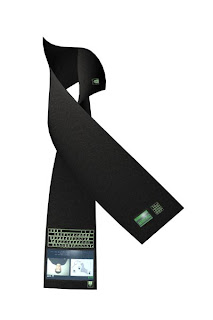 Communication Scarf
Concluding the wardrobe of the future urban metropolis is defined by the fact that as technology advances and our needs and expectances develop in correspondence to this so does our clothing in being able to protect and equip the wearer with practical lifestyle applications needed to be able to correspond to advancing urban metropolis.
﻿
Newer Post Older Post Home