Want to celebrate? Throw some color at someone

Holi, also called the Festival of Colors, is a popular Hindu spring festival observed in India, Guyana, and Nepal. On the second day, known as Dhulendi, people spend the day throwing colored powder and water at each other. 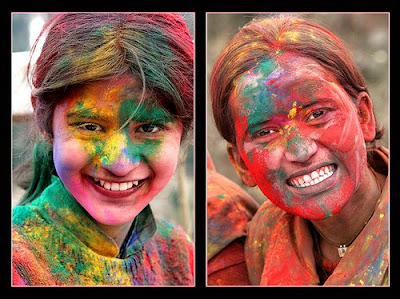 image source
While there is a detailed mythological story behind the day, it is essentially to celebrate the victory of good over evil. Its been described as a day when people forgive their enemies and meet them with love. Throwing colors on people is used as a gesture of love and friendship. 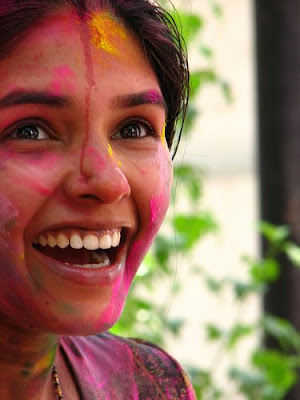 image source
I've heard it's a pretty crazy scene, and can get pretty rowdy... 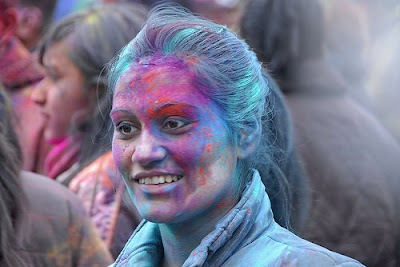 image source
On a more practical side, the spring season, during which the weather changes, is believed to cause viral fever and cold. Therefore, the playful throwing of the colored powders has a medicinal significance: the colors were traditionally mixed with medicinal herbs prescribed by Ayurvedic doctors. (source) 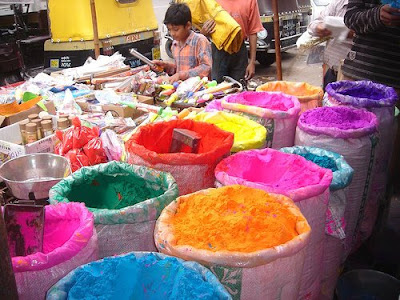 image source
But over the years, these colors have been replaced by cheaper, industrial dyes. There's been a big campaign to encourage people to use natural homemade dyes instead, as the industrial varieties contain toxic substances. Yikes!

I would love to see this in person someday. Anyone ever been?
Newer Post Older Post Home