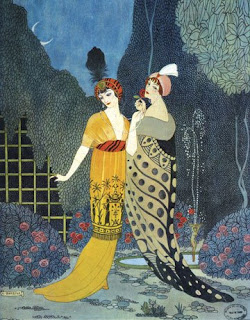 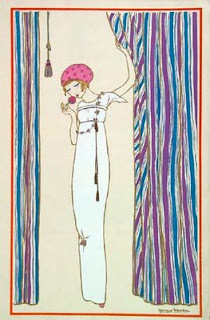 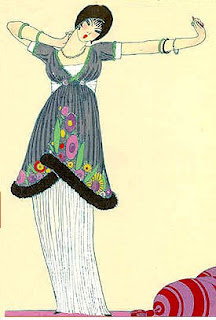 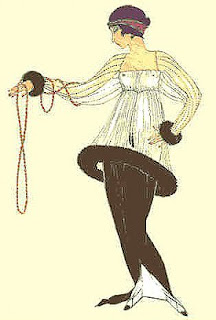 Lampshade Tunic
http://www.victoriana.com/GazetteduBonTon/designerdresses.html
Paul Poiret is known for many things, from his lavish parties to his “lampshade” tunic.  Perhaps what he is most known for is the abolition of the restrictive “S” bend corsets, with the introduction of the new, straight, upright silhouette in dresses.  He also introduced the hobble skirt, which was very narrow at the bottom, harem pants, and cocoon and kimono coats.  Poiret’s use of vivid colors and oriental-inspired designs were a great change from the muted colors of the Edwardian era.  Not all of Poiret’s designs were widely accepted, as they were considered too avant garde.  The “lampshade tunic” and harem pants made fashion headlines but were only worn by the most brave women.
Newer Post Older Post Home