What is the color of prostitution?

As early as the middle ages, dress code has been implemented as social identifiers, used to isolate and often humiliate "pariahs" of society. Originally cooked up by the Church to set prostitutes apart from society like lepers, it sought to ensure that respectable women were not mistaken for harlots. 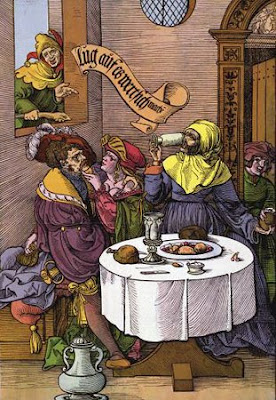 image source
The result? Color and dress became something of a business advertising tool for these enterprising women.

image source
Yellow was perhaps the most commonly-associated color with prostitution. In classical Athens, prostitutes wore saffron-dyed gauzy cloth, set apart from respectable women who wore wool and linen. In Rome, these marked women were required to wear blonde wigs or dye their hair yellow.
image source
In Vienna, it was a yellow scarf; in Leipzig, a yellow cloak trimmed in blue. 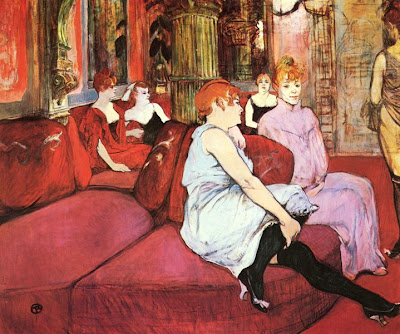 image source
Red was also utilized to mark these women. 15th century Besancon women wore red arm bands, while women in Lyon and Nevers had to wear a red knot on their sleeve. For some, these "badges of infamy" took the form of aiguillettes, a knotted colorful cord falling from the shoulder. 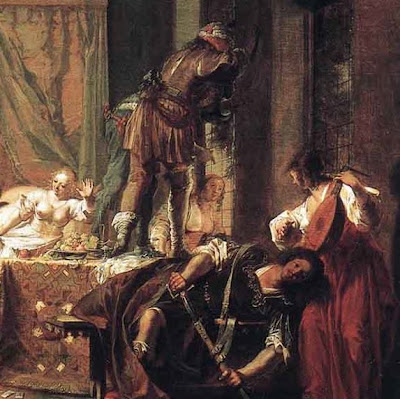 image source
In France, it was red (inspired by the red cord in the window of Rahab the harlot in the Book of Joshua). Or a hat: a red cap in Berne and Zurich.

Today, social identifiers take on different appearances, but we understand them all the same. Prisoners in orange pantsuits, or gang members in their color of allegiance, we recognize the signifiers. Can you think of a contemporary "marked" group that has adopted a colored garment as their own?