The hey day of the 1980's seems to be everywhere around us these days. 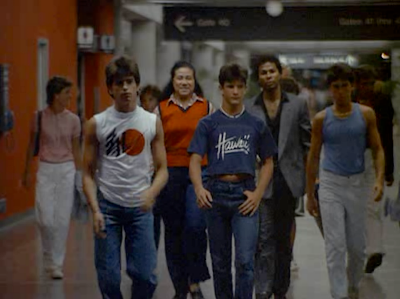 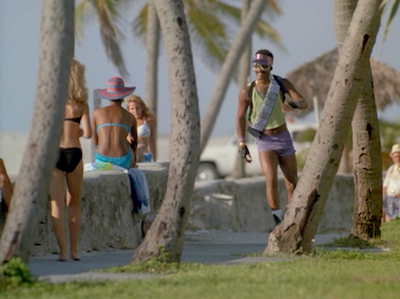 A quintessential icon of the 80's was the television series Miami Vice. 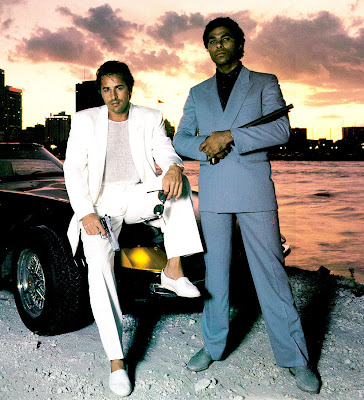 You might not remember much about Miami Vice other than Don Johnson's sexy stubble and slip-on sockless loafers, but you'd be hard-pressed to forget the pastel candy colors the show captured in it's visuals of Miami. 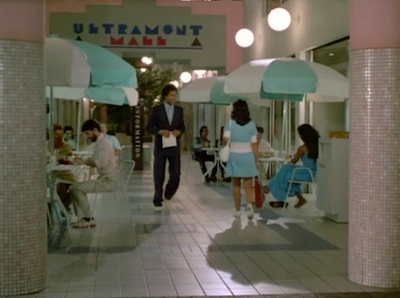 Flamingo pink, lime green, Caribbean blue. Executive producer of the show, Michael Mann, had a distinct vision that was more movie than tv for his times. Taking inspiration from the ocean and bounty of art deco buildings in the area, Mann decided this was his palette, and stuck to it stringently. No earthy colors. Ever. That included all actors clothing, the cars on the road, even random buildings that had to be repainted. 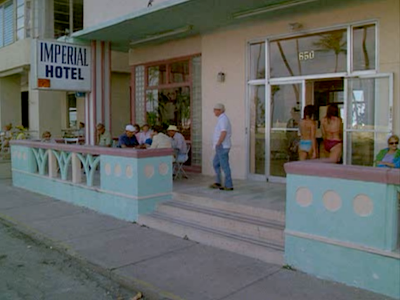 A director of the show remembers, "There are certain colors you are not allowed to shoot, such as red and brown. If the script says 'A Mercedes pulls up here,' the car people will show you three or four different Mercedes. One will be white, one will be black, one will be silver. You will not get a red or brown one. Michael knows how things are going to look on camera."(source) 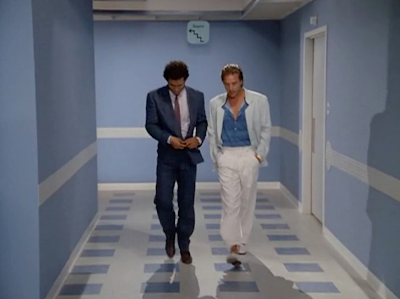 Always at the height of fashion, the two main character had five to eight wardrobe changes each episode, always in shades of pink, blue, green, peach, fuchsia and the show's other "approved" colors. Favorite designers included Vittorio Ricci, Gianni Versace and Hugo Boss.

And just for a chuckle, a few more stills from the show, to appreciate quality 80's aesthetics. 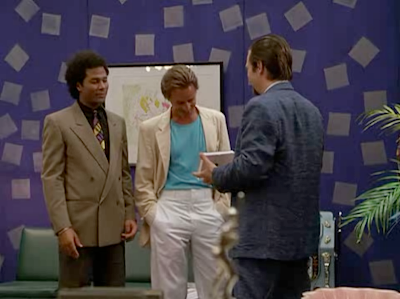 Wallpaper is back in style these days. How about this one? 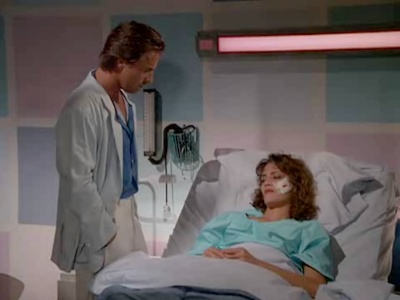 Gotta have the neon pink light above the bed in a hospital room, right? yikes... 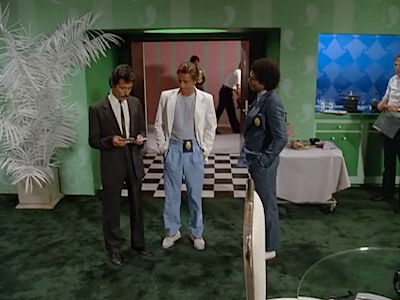 Have you seen any 80's flashback design out and about? Anything worth holding onto?
Newer Post Older Post Home