In part, to battle against green giants like Heineken beer, Netherlands-based Bavaria has re-branded their beer logo and packaging with a new brilliant blue color scheme. 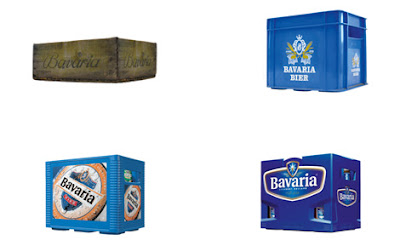 Crates, old to new
For the past 15 years, they've already established themselves as the "blue beer", but now have gotten rid of even the slightest traces of green. Around since the early 1700s, it has lost its nostalgic slant in pursuit of bigger fish. 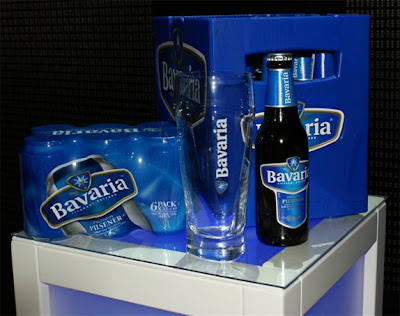 But is it enough to compete with other blue-branded beers out there like Bud Light, Miller Light, Michelob, or Corona? 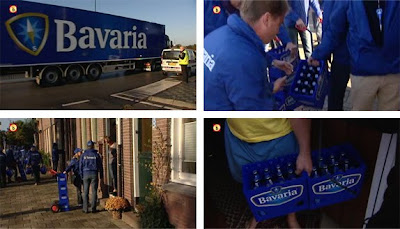 Everything has their trademark blue, including uniforms, trucks, even delivery crates. Now that's cohesion for you.