Color in architecture? Who knew!

I first saw this building in an architecture magazine, and thought it was super cool. Imagine, color totally integrated into the design of a major high rise complex! 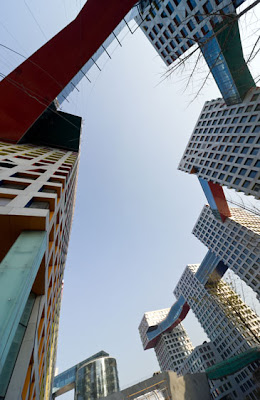 The complex is called the Linked Hybrid and was designed by architect Steven Hall. Located in Beijing, China, it took from 2003-2009 to complete. 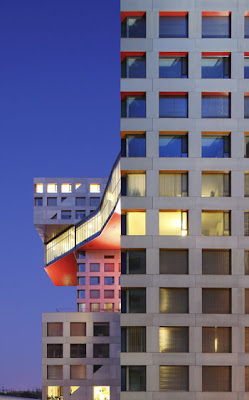 So what do you get for all that? How about: 644 apartments, public green space, commercial zones, hotel, cinema, kindergarten, Montessori school, and underground parking. 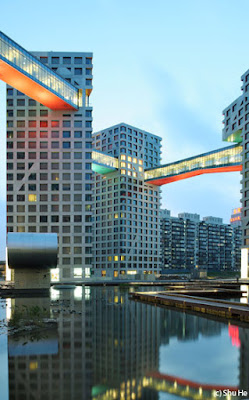 images source
It's been dubbed, an "open city within a city". (source) 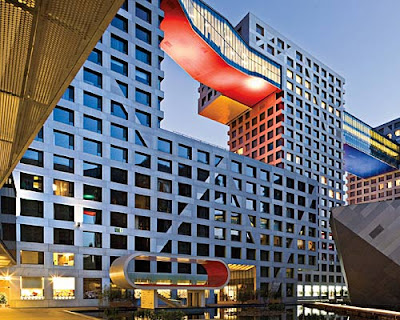 The idea of the street (covered bridged) high above the city is intended to counteract the sense of isolation that high-rise living usually brings, and to create an incentive for residents to walk around the complex. (New Yorker) 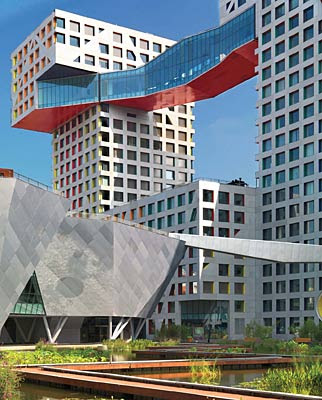 images source
So, what about the color, you ask? 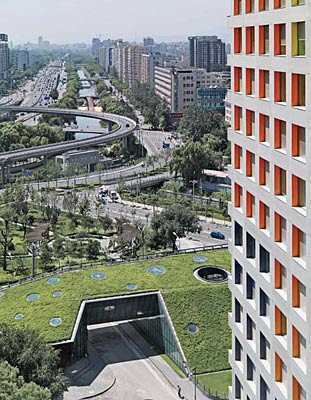 Holl introduced color on window soffits. For Linked Hybrid, he applied saturated hues to powder-coated aluminum panels on the header and two jambs of each window. Holl says he took the colors from polychromatic Buddhist temples, then used the I-Ching to determine the pattern.(source)
(btw great article on religious symbolism of Buddhist colors here)

image source
He applied a similar concept Simmons Hall at MIT. In the deep setting of the numerous windows, color is applied to the head and jamb, creating identity for each of the ten 'houses' within the overall building.

What do you think? Does the color make these structures feel more approachable or did they miss the mark?
Newer Post Older Post Home