In lieu of the horrendous oil spill in the Gulf of Mexico and ensuing disastrous mess that BP has made of attempting to clean it up, Greenpeace recently conducted a competition to redesign BP's bright green logo.

Greenpeace says, "It is clear that BP's bright green logo has never matched the reality of the company. 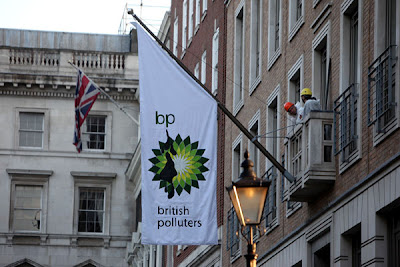 image source
...Since taking over in 2007, Tony Hayward has taken BP back to petroleum, chasing the last drops of oil from unconventional sources like the Canadian tar sands and deep-water drilling in the Gulf of Mexico."(source) 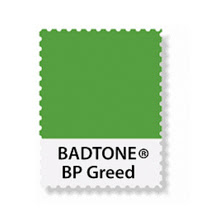 image source
I'd say BP's attempt to position itself as the "global retailer with environmental credentials" has fallen flat on it's face. Greenpeace spokesperson adds, "“BP stands less for beyond petroleum and more for burning the planet.”(source)

What I want to know, is how on earth does a company get away with such dangerous activity without having to provide a solid back-up plan in case things go horribly wrong?
Newer Post Older Post Home