Were there to exist micro-careers where you could hand-select any aspect of a larger profession to specialize in, I would have found my calling.

I stumbled upon it just the other day.  I went to see  Pixar: 25 Years of Animation, at the Oakland Museum of Art. 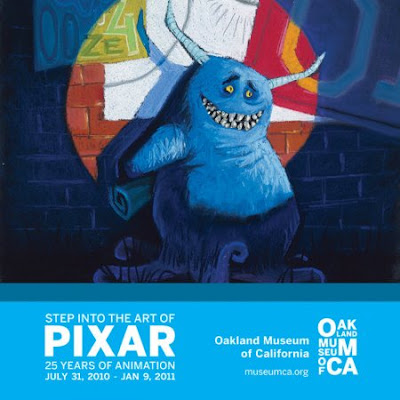 image source
It's an exhibit that has been traveling around the world for the past 5 years. Now it's come home to Oakland,  just minutes away from Pixar's home base of Emeryville, California. It's only on until January 9th, 2011 so if you are in the area, Do try to get in to see the show. Reservations are required.

The show is amazing; I was BLOWN AWAY by the talent and  creativity of Pixar's artists. The storyboards, character development, modeling, and so much more. But one particular aspect of the movie-making process really caught my attention: Colorscripts. Aha! Sounds right up my alley!

"A colorscript is artwork that visually supports the emotional content of an entire story through general color, lighting and mood. It depicts the whole story in chronological format that allows one to see the basic color structure to be applied to the entire film. The colorscript is one of the first opportunities to see the story as a whole. It is a low-resolution view that reveals the full emotional arc of the film. Colorscripts work because detail is removed and ideas are presented in their most concise form." (source)

image source
Colorscript from the Incredibles
The highly-coveted job is held by production designers and art directors, so their responsibilities extend past determining the film's tone through color palette selections. How cool would that be if this position were for those of us who -just- want to work with color? I'll keep dreaming.... 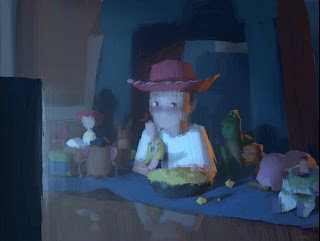 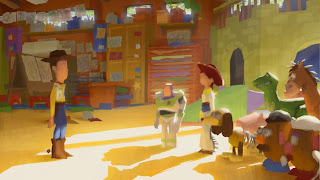 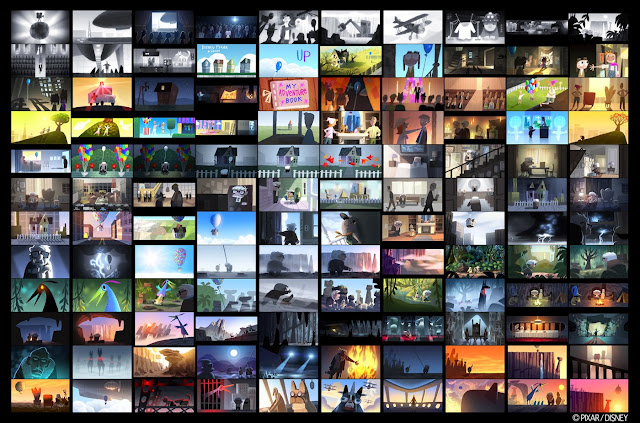 image source
Up colorscript by Lou Romano (here's a link to closer detailed drawings on his blog) The progression of tone and mood from scene to scene is so powerful when you see the entire movie encapsulated in a series of rough thumbnails like these. Color and lighting go hand in hand, so colorscripts are extremely important to the lighting designer for cues. 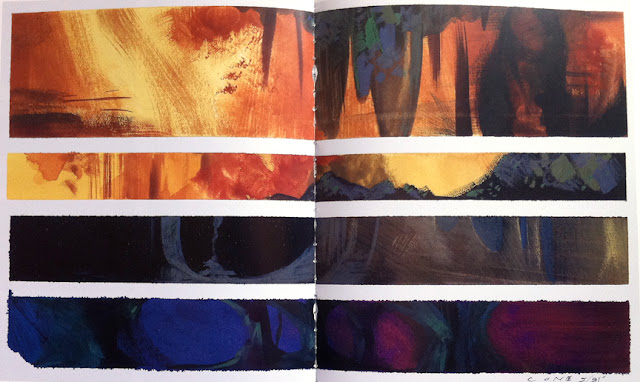 Don't these little vignettes just blow your mind? In my next life, I'll have to come back as an art director, just so I have the chance to work on colorscripts.