Robert Mapplethorpe's work acts as an visual influence on fashion photography today. He originally studied drawing, painting and sculpture before discovering his passion for photography. 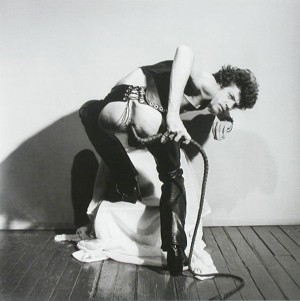 Portrait X, Self Portrait, 1978.﻿
His photographs challenged the aesthetic norm in the late 70s by the sitters being socialites, pornographic film stars and members of the S+M underground scene. With his background being in sculpture and the technical aspect of art this influenced his photographs as his images reflected the body as an object not the actual sitter as a person.

It is his De-eroticism of the body that makes his photographs so beautiful and the viewer concentrate on that rather than the content which can be seen by some as 'shocking.' He was well known for his portraits, he had a solo exhibition named 'Portraits,' in the Light Gallery, New York in 1973. His portraits are honest, the sitter's look vulnerable and unstaged. 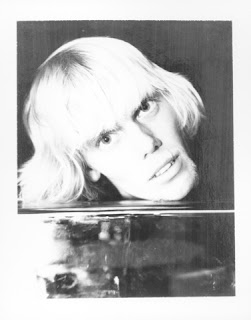 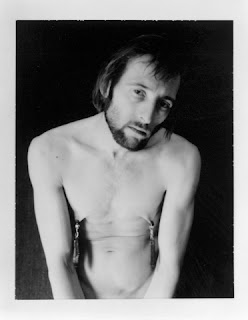 Untitled, c.1973.
There is currently a Robert Mapplethorpe: Retrospective exhibition running from January 22 - March 27 2011 in Postfuhramt, Berlin. The exhibition contains 187 photos that concentrate on the development of his photographic work. ﻿
Newer Post Older Post Home