The concept of gender revolution is not a new one Yves Saint Lauren adapted men's tailoring to women's bodies in the infamous 'Le Smoking Woolen Pantsuit,' in 1978. It aided in the liberation of women with the new modern style.
However now in 2011 the concept of gender revolution takes a whole new twist, with the trend of the moment being 'femiman.' 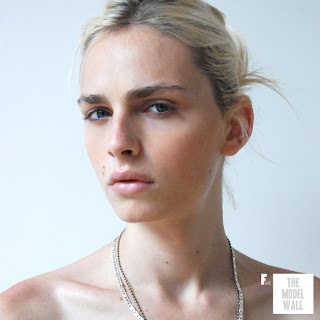 The 19 year old, pre op transgender Andrej Pejic is the model of the moment, signed to Storm modelling agency he is listed to work for both male and female fashion shows.
This season he has worked for Jean Paul Gaultier in the 2011 menswear fashion show in Paris and Gaultier spring/summer 2011 Haute Couture show as the final blushing bride. Which Rhianna then wore at the Grammys.

Also he is the new face for Marc by Marc Jacobs Spring 2011 advertising campaign, photographed by Jeurgen Teller.

His beauty is so exquisite and ethereal it has no consequence to his physical sex. The boundaries of fashion have been blurred. The androgynous look has evolved to the 'femiman' trend and there is no longer a division between male and female just ﻿beauty.
Newer Post Older Post Home