Housed in the Army barracks of the Decorative Arts and History museum is a Charles Frederick Worth (1825-1895) late nineteenth century designed dress for the wife of Lord Mayor of Dublin from 1898 to 1900.

The designs of the time had a Parisian influence with lavish fabrics and took on historical influences with tight corset framing the wearer into hour glass shape which is then supported by crinoline stiff framework underneath the dress to hold characteristic full bell shape. The rear bustle worked by holding the lavish, heavy fabric so it could drape over the back which had opulent feel.

The overall effect of the dress was elaborate and decorative as seen in the baroque inspired corset with opulent beading. The dress was designed to be seen and represent their husband’s wealth.
It is a good representative of late nineteenth century Parisian design which Charles Frederick Worth was famed for by his couture designs. 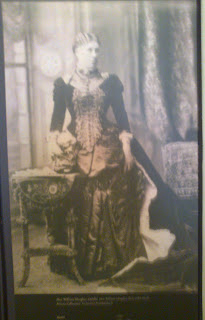 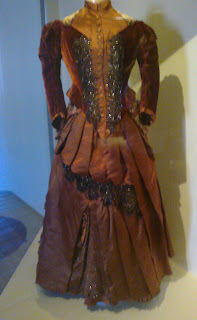 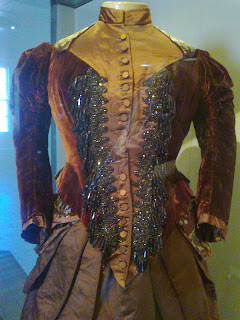 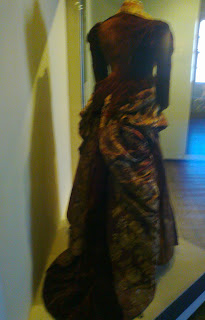