Around the holiday season, families flock to the movie theaters. Whether it's bad weather that drives them indoors, or restless children on winter break looking for something to do, holiday movies are always a big hit. I'm always interested in the latest 'kid flick', and being a big Roald Dahl fan, I was intrigued by the film adaptation of his book, The Fantastic Mr. Fox. 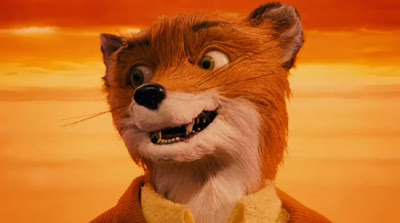 image source
After hearing an interview on NPR, I hot-footed it to the theater the other day to see the movie for myself. 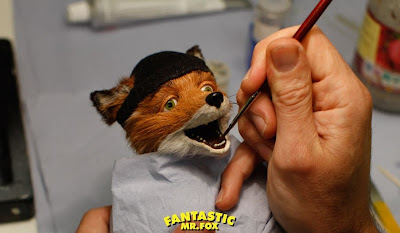 image source
Directed and co-written by Wes Anderson, the movie is created with stop-motion animation. Miniature models are posed and photographed, one tiny movement at a time. Then those still images are played back, like an old-fashioned flip book, to create the movement. 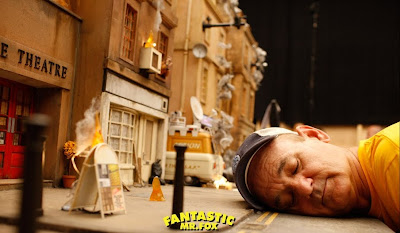 image source
There's just something so precious about miniatures, you know? 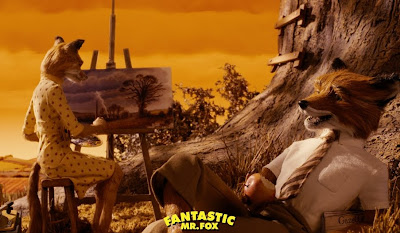 image source
In the interview on NPR, Wes is questioned about his distinct palette choice for the movie. Autumnal colors in yellows, golds and oranges dominate the sets, particularly at the beginning. 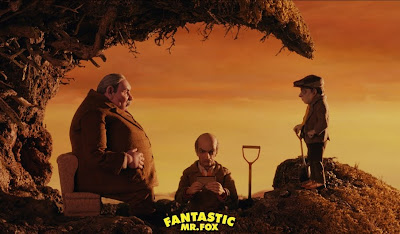 image source
When researching for this movie, Anderson traveled to Great Missenden, England to visit Dahl's 'Gypsy House', where the story is set and Dahl wrote the book. It was autumn time, and everything was muddy. Anderson left feeling like this should be the setting for the movie, but that maybe it wasn't going to be a very colorful place. No rolling green hills, etc. 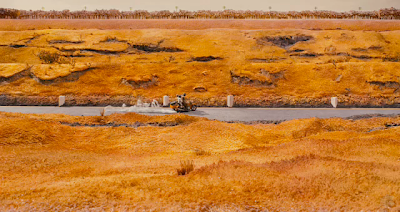 movie still
But the beauty of stop motion films such as this is that the creators have complete control over the world they create. Anderson soon discovered, 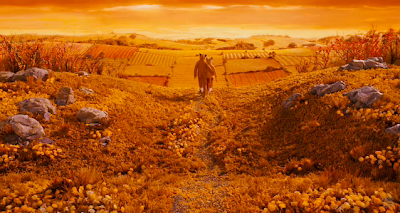 "the grass is made of yellow towels, essentially. So suddenly, it really does take a jump from reality... You quickly sort of adjust to it. Your eye just accepts this sort of 'palette of the world'." 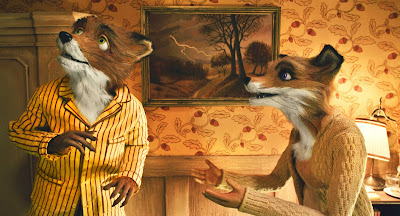 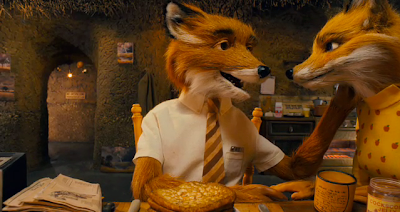