I've been meaning to get over to the Presidio in San Francisco to check out the new Walt Disney Family Museum for months now. After reading Jill's article on Mary Blair, a color stylist and designer for Disney, I had to go see for myself. Alas, no picture taking was allowed inside, so I'll have to make due with what I can find online to show you.

You might be wondering, with Walt Disney so closely-tied to Southern California and Hollywood, why Northern California for this museum? Seems Walt's daughter Diana Miller wanted to keep her dad close to her home in Northern California. "Walt Disney was a huge fan of the military and Gen. Pershing [who commanded the Presidio] in particular," explained Diane. In addition, she says, the museum building "recalls the Main Street USA in Disney World." San Francisco firm Page and Turnbull was retained to design a museum to pay tribute to her father's life and work. 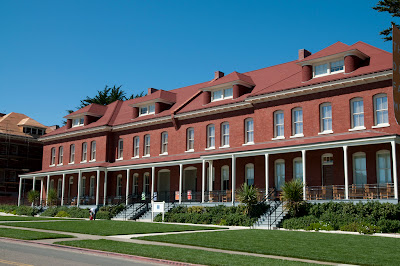 image source
The museum occupies a former barracks building located in The Presidio in San Francisco. The barracks were built in 1898 and housed soldiers during the Spanish-American war. I wish I could find a picture of the building located directly next door to this renovated one- it's amazing to see before and afters side by side. 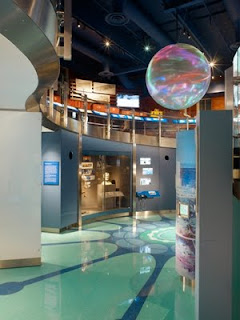 "Inside, Page & Turnbull collaborated with Rockwell Group and used influences from the existing building’s inherent character to feature the existing brick walls and exposed ceilings as a backdrop to contrast against more modern materials. Modest wood flooring, plaster walls, stamped ceiling panels, and original windows serve to ground the bright exhibits in which color was prominent, due to Disney’s successful focus on animation. To represent this cartoon creativity, the designers opted for a more theatrical approach to the interior lighting, alternating galleries between light and dark, to coincide appropriately with the exhibits’ back stories, and playing with the control of natural light within the space." (source) 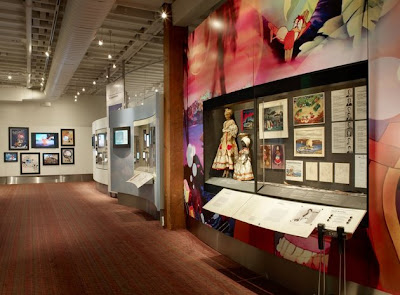 What I was really impressed by was the immersive design of the museum, leading you through room after room chronicling Disney's life story.  A bit of stimulation overload, with Disney's voice piped through speakers just about everywhere you turned. Storyteller and all that... 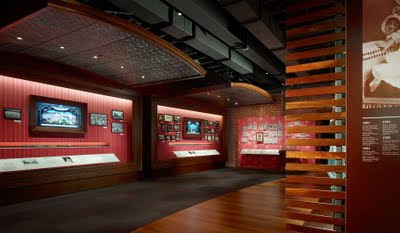 Designed by the Rockwell Group out of New York City, their goal was to honor Walt's storytelling legacy by using the tools he himself used throughout his career to innovate in this field: art, music and technology. 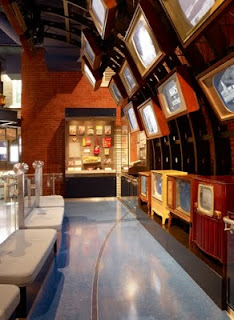 Let me just say, the exhibition design was -way- over the top. More than 200 video monitors. They were technology happy! 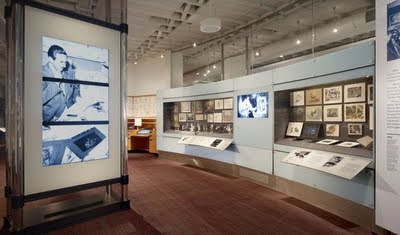 This was a -major- undertaking. Total project cost? Ready for this? $110 million.
Special highlights to justify this cost(as mentioned in PR) 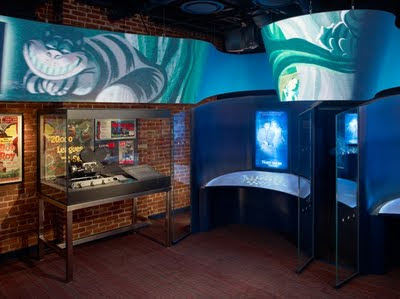 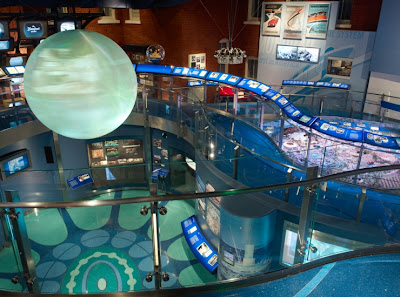 • Display case with over 100 examples of early Mickey Mouse toys, watches and other memorabilia 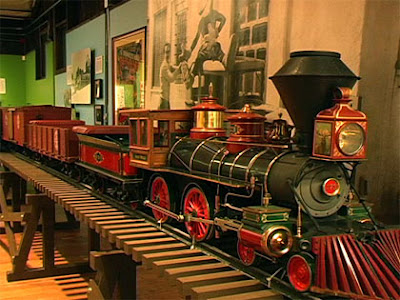 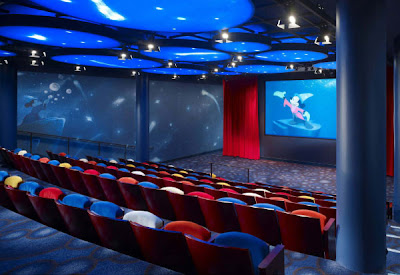 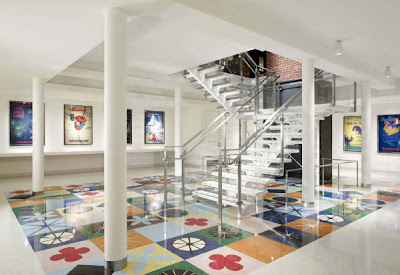 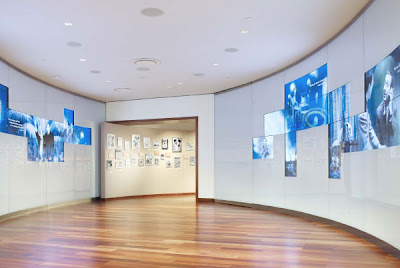 As for the designer's use of color and lighting- I thought this was very skillfully done. Galleries alternated between light and dark, vibrant or muted colors, old and new depending on the story being told. 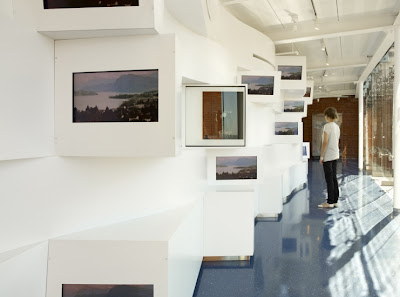 I especially liked the "pause" in gallery space when gallery goers are treated to a panoramic view of the Golden Gate Bridge before plunging back into dark, dramatic gallery spaces. 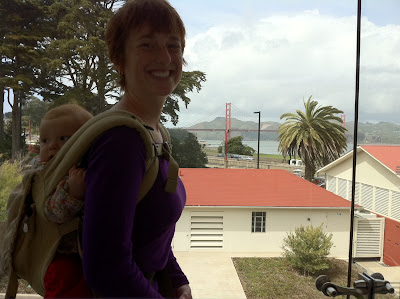 Here I am posing, oh so glamorously, at the window with Nina on my back

But my favorite space in the museum? 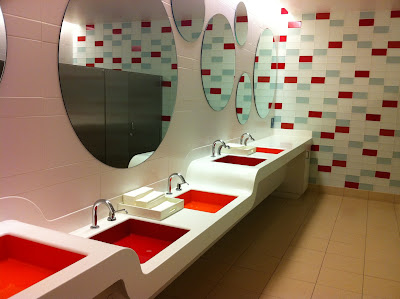 The bathroom. Loved the variable sink heights with a different red or orange color in each bowl.

Yup, it was all pretty impressive. I know we've got some Hue readers with museum and exhibition design experience. What's your take on this project? Is that chump change for a project of this size?

For those too far away to visit, here's an in depth synopsis of each gallery